My Search for a Math Program for my Third Grade Son 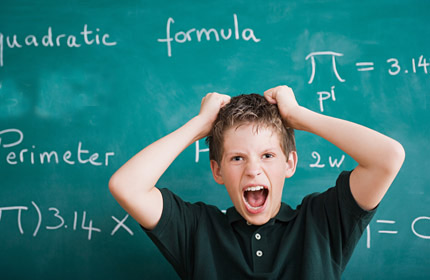 Note: Today’s blog is written by Stephanie, who is a practicing psychologist in North Carolina and is a Thinkster parent. She shares her experiences on finding a math program. Being published with her consent.

I can remember it vividly. “Pencils down, now!” We had timed math tests each week and each week that test would throw me into sheer panic. Mrs. Rodgers, my third grade teacher, made it clear that we were supposed to answer the questions quickly and accurately, but each week, I would just freeze. I’d count on my fingers. I’d try to work as fast as I could but I always seemed to take too long and I never did finish the problems on my paper.

My son, Ben, started third grade this year. Although he had never loved math before, something had changed in school now. He made it clear that he felt like he just couldn’t finish the problems as quickly as other kids. He was full of questions.

Why did his friends seem to have an easier time than him? Why did math seem so hard? He felt like everyone was better than him and had an advantage. I wasn’t sure why he was struggling, but I knew just how he felt. I flashed right back to how I felt in third grade, staring at the sheet of paper on my beige laminate desk, terrified that I was getting the answers wrong.

My husband and I initially decided that he just needed more practice. I’m a psychologist and strongly influenced by the work of Carol Dweck. Dr. Dweck, a psychologist and researcher who studies how the feedback kids get affects their motivation and achievement, wrote the book MindSet. In it, Dr. Dweck makes the distinction between rewarding kids by telling them that their intelligence is about innate ability (“You’re really smart.”) vs. it’s about the effort they put into their work (“You worked really hard on that.”). I know from my own education and personal experience that often what looks like “talent” or ability, is 99% perseverance and practice.

So, my husband and I downloaded a couple of iPad apps to practice math problems and we made it part of our evening routine. But the iPad apps we picked weren’t really fun and they didn’t seem to challenge or motivate Ben. He just didn’t love working on them and I was full of doubts about whether we had chosen a good path to help him. I was frustrated and uncertain. I just didn’t know how to teach or tutor math. But I soon figured out that I too needed support to figure out how best to support him.

Where do you turn if you need help? Google, of course! I remember I found Thinkster by searching for math tutoring help. I was impressed by what I read online but mostly impressed that everything could be done from home on the iPad. Between juggling our jobs, soccer practice, and tennis lessons, I wasn’t sure how we would fit a face-to-face tutor into our week. How were we going to find the time to drive to a tutor each week? But at first, I wasn’t sure that working with Thinkster on the iPad would really be any different than the three other math game practice apps that I had downloaded before.

Fortunately, my worries were quickly laid to rest. Ben was doing things in Thinkster Math that I never would have thought to give him, and in ways that were new and exciting to him. It was clear that the worksheets he was doing weren’t just random practice but that they were a real curriculum personalized and tailored to his strengths and weaknesses. The Thinkster team calls this “Point of Learning.” They meet kids where they are and work to build them up from there. Moreover, the videos and explanations kept him engaged and kept him from getting too frustrated when he felt like he couldn’t “get it”.

Ben loves getting feedback from his tutor and he was motivated to work more quickly. Moreover, he was extremely excited that just by finishing worksheets he was earning points towards an Amazon gift card. Don’t get me wrong, it’s not always smooth sailing!

Ben still needs a nudge to remember to work on Thinkster worksheets but once he gets started he’s immersed in the experience and he’s happy to work hard.

We only started him with the program nearly 3 months ago, in December, but already we’re seeing the dramatic impact Thinkster has had on Ben’s math skills. First, Ben enjoys doing homework a lot more now. He’s always been a strong reader but now he does the math problems in his homework packet first. That never would have happened before! He also came home last week and said that he feels a lot more comfortable raising his hand during math at school these days.

We also surprised when we saw the dramatic impact Thinkster has already had on his testing results at school. We got his M-COMP scores back from school just last week.

Ben had been working slightly below average throughout first and second grade and third grade looked like it would continue that trend. Even though he had just been using Thinkster Math for a little over a month when he took the M-COMP test, his scores jumped dramatically from the average to above average range. It was such a dramatic increase and I was shocked to see such a dramatic and rapid response to the work he had done on the program. I’m happy to see the change in his test scores, but mostly I’m thrilled for what it represents.

A growing Love of Math!

Because of his work on Thinkster, Ben is developing a love of math and a proficiency that he can use for his future. That is a tremendous gift! I know that because of my shaky start in math, I didn’t seek out courses or opportunities in my education because of my math anxiety. I’m so thrilled that Ben’s future already looks very different as a result of the confidence he’s gaining using Thinkster. 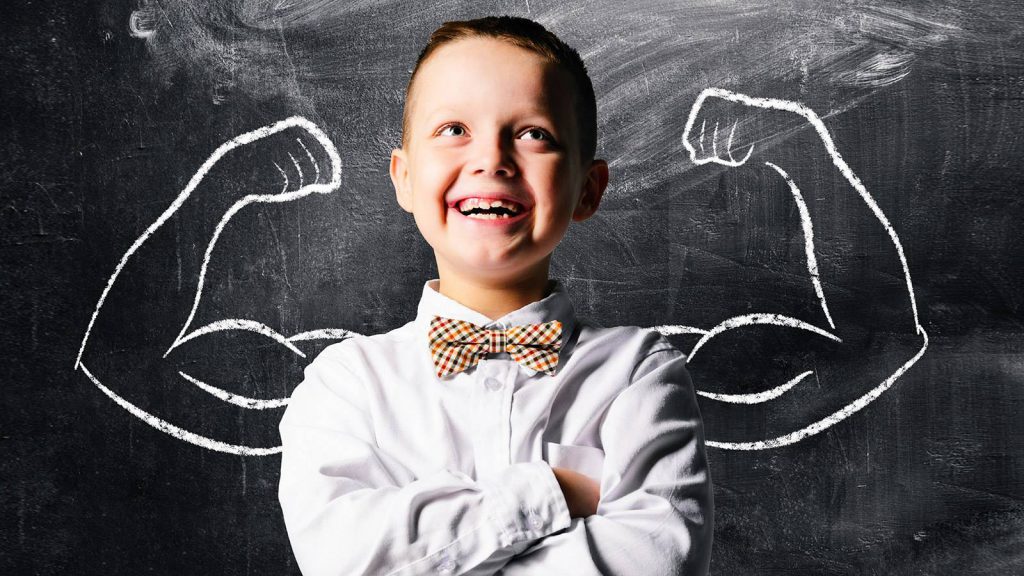 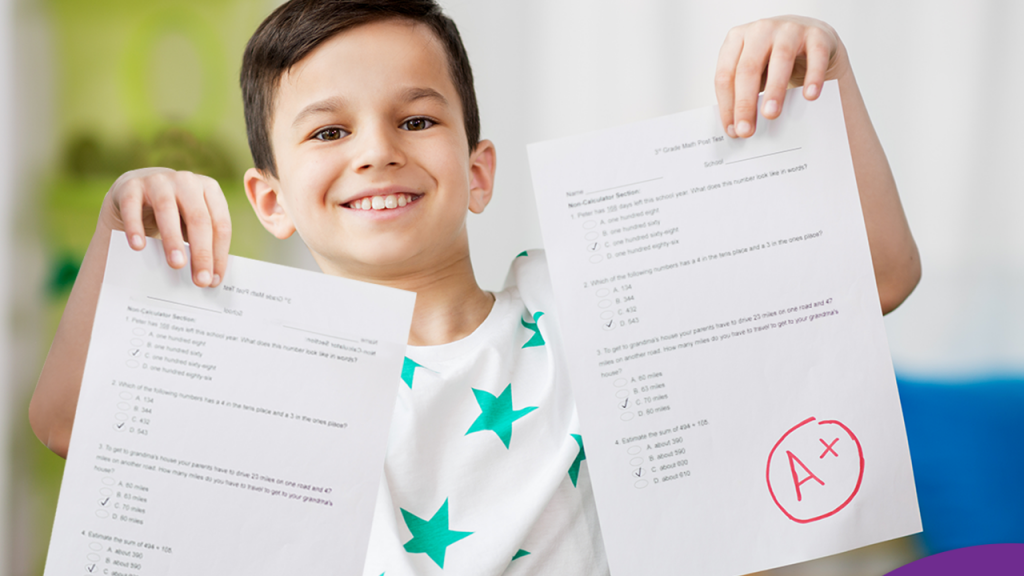 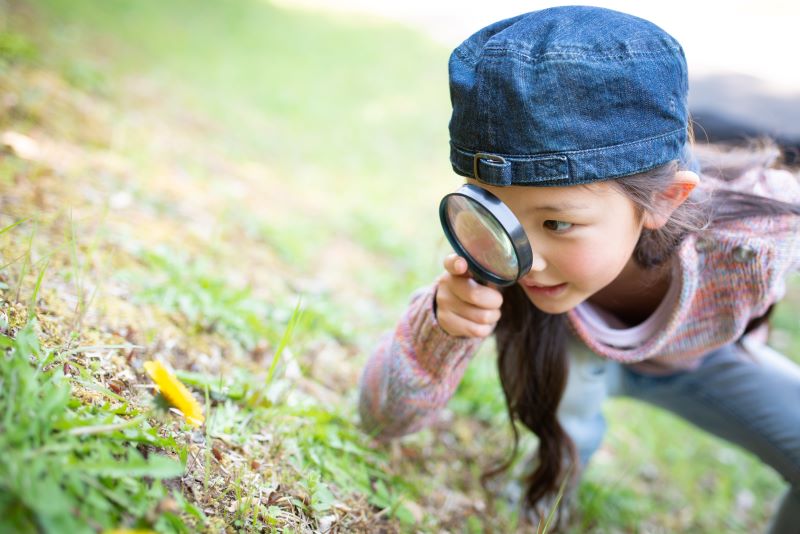