“Thinkster Math Did It in 1 year What Kumon Could Not do in 3 years!” 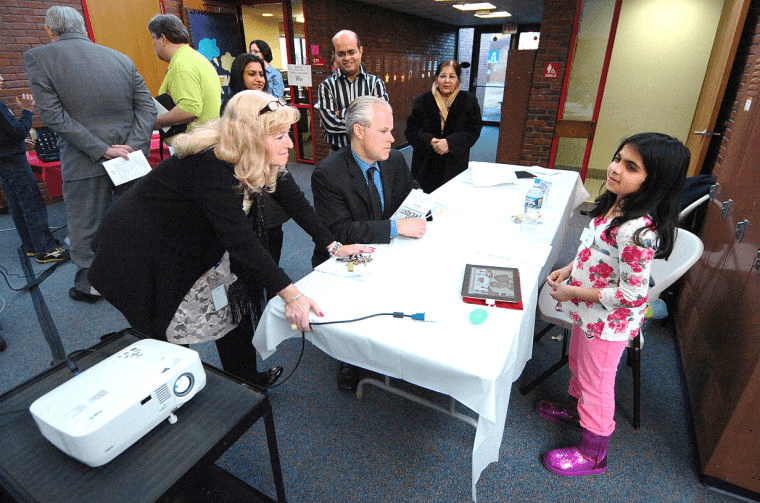 Note: The following is a first-hand account from a Thinkster Math parent and their experience with our math program.

Last month, my daughter came home with her CMT (Connecticut Mastery Test) report for the 4th grade. We were surprised to see the results.

Before I talk about the results, let me share some background.

My daughter is 10-years old and is in the 5th grade in one of the best school districts in Connecticut.  The town spends close to $16,000 per pupil per year. While more money does not necessarily mean better schools, the general impression is that the schools in our district are as good as private schools.

Circa 2012, I saw the same report and was very puzzled.

My wife and I used to think our little princess was very good in Math but the CMT report negated that claim.

3 Years of Kumon®, and Perhaps Some Good Genes, Did Not Help!

Suhani had started Kumon when she was only 4 years old. Over her three years on the Kumon program, she had progressed to the stage where at least in Kumon terms, she was way ahead in math compared to her age, as she had already completed F series (fractions skill set) twice at Kumon. Her ranking at Kumon was at or better than the 90th percentile amongst Kumon students.

Generally speaking, the parents of the Kumon students are very focused on academics and are determined to make sure their kids excel in school or have an academic advantage. Therefore, we thought if she was 90 percentile in Kumon math she ought to be far above average in the school district; of course, that’s why we would send her to a Kumon center.

But still, she was average, per the CMT report.

We, as parents, focused on Suhani’s education quite a bit.  She also had a home environment that had a good academic influence because her dad (i.e. me) is a Math and Computer Science graduate from IIT Delhi (the equivalent of MIT in India) and her mom is a Chartered Accountant and a CPA.

How We Felt As Parents

Her report and what that meant was saddening for us. She used to labor over Kumon worksheets, spending close to 30-45 minutes on math problems every day. It was a daily ordeal for her, but she wanted to please us as parents so she never refused to do a Kumon workbook.

Despite this, we felt that she was losing her creativity by doing these boring, repetitive worksheets and still not getting anything out of them.

(As a side note, we’ve seen similar weaknesses in the hundreds of ex and current Kumon students who have taken grade level Thinkster Skills Assessments.)

As parents, we felt that it was due to Kumon‘s focus solely on arithmetic math skills, but we hoped (perhaps wishfully) that she would overcome this obstacle eventually.

We were afraid that we were making her into an arithmetic wonk.

Fast forward to Oct 2013, she got her report for grade 4. I could not believe it!

Her results were amazing and I hadn’t seen it coming!

I had thought she would continue on the same path as last year. However, as you can see below, she scored way above the average and shows huge learning success and performance results. 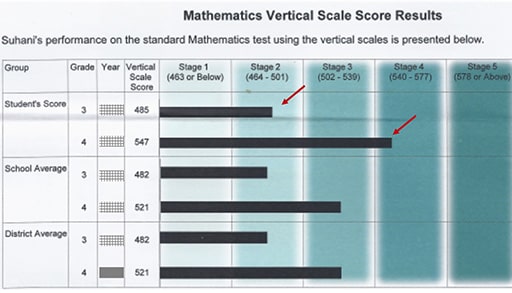 How did that happen!

Really, how did that happen?

Right around the time she finished 3rd grade (summer 2012), my daughter became a very early adopter of Thinkster Math.

The product was launched in December 2012, but she started as the very first student when the product was still in its prototype stage because her dad (i.e. me) was the Chief Technical Officer and Co-founder.  I could also manage any technical issues with the product still in its infancy.

The Thinkster Math curriculum focuses on not just arithmetic but a wide variety of skills.  It is aligned with Common Core State Standards aka CCSS which was introduced in our school district this year.

We felt that the Thinkster Math curriculum did not just teach arithmetic or math but also taught how math and logic fit in the overall world. For example, learning with money problems and word problems what a fraction means brings a whole new meaning to fractions.

Admittedly, in addition to Thinkster Math, a few other things changed this year. She had a new teacher who was really very caring and the school introduced CCSS and Singapore Math. The last factor was applicable to the entire school district so it can not be a factor for her relative improvement.

Suhani still likes to please us as parents, but she genuinely loves the variety of work that the digital worksheets offer. Although, not a competitive girl, she also loves to make sure she’s on track to reach her goal of 7500 Thinkster points each month so that she can choose what to buy with her gift card.

Suhani even showed her use of Thinkster Math at a school tech expo.

Of course, this is only the story of one student who has improved their school district math score as a result of Thinkster.

Our Thinkster team constantly hears success stories and feedback from parents about how their children’s math confidence has improved since starting our enrichment program. Some have even written lengthy emails to share their own comparisons between Thinkster and Kumon.

Thinkster frequently assesses students throughout the program so that parents and students can easily track learning improvements.

We offer a 7-day free trial as an opportunity to explore or math tutoring program.

All students start with a grade level Skills Assessment, designed to highlight each child‘s math skills strengths and weaknesses. As a parent, you will receive a comprehensive report with detailed insights into the assessment results. 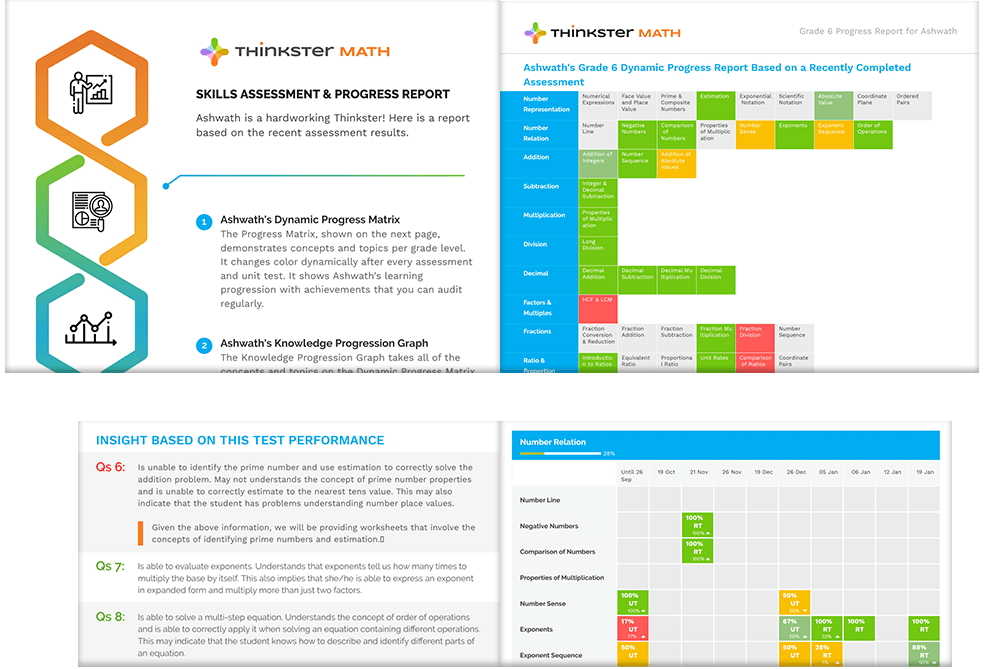 Students are matched to a dedicated, elite, online math tutor, who hyper-personalizes a learning plan and provides individualized instruction.

Learn more about our online math tutoring program and how a dedicated tutor can accelerate learning improvements.

Note:  Kumon®  is a registered trademark of Kumon North America, Inc. Thinkster Math is in no way affiliated to the same. 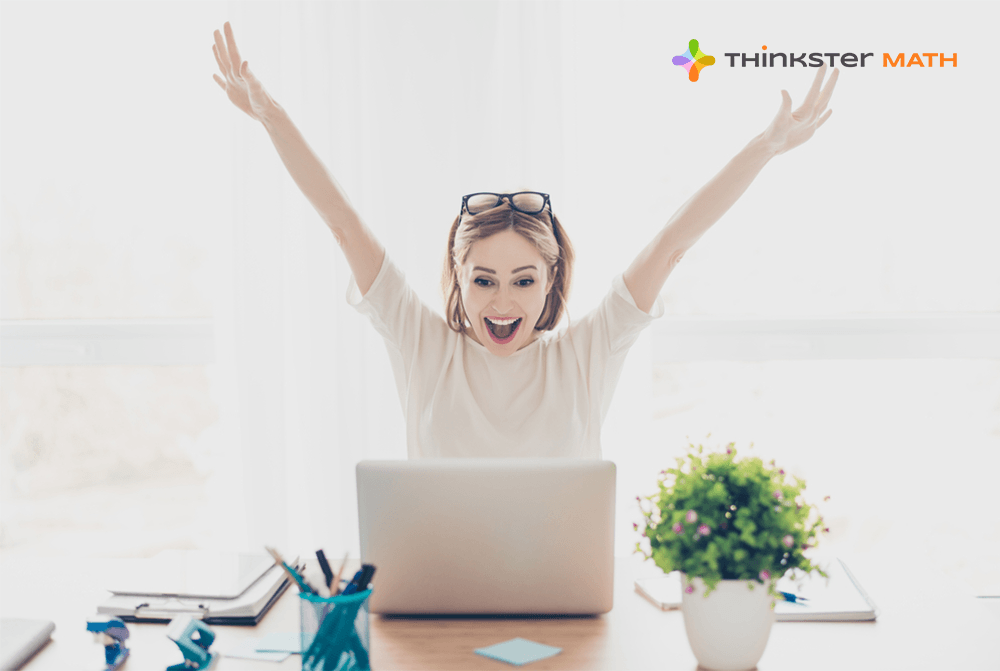 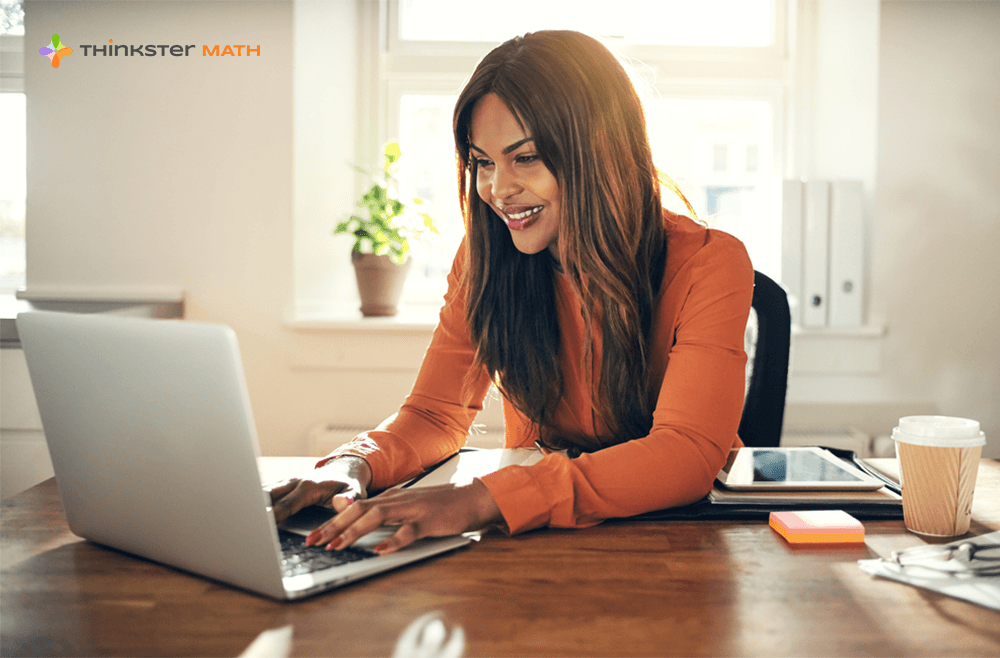 So, You Want to Be a Math Tutor? 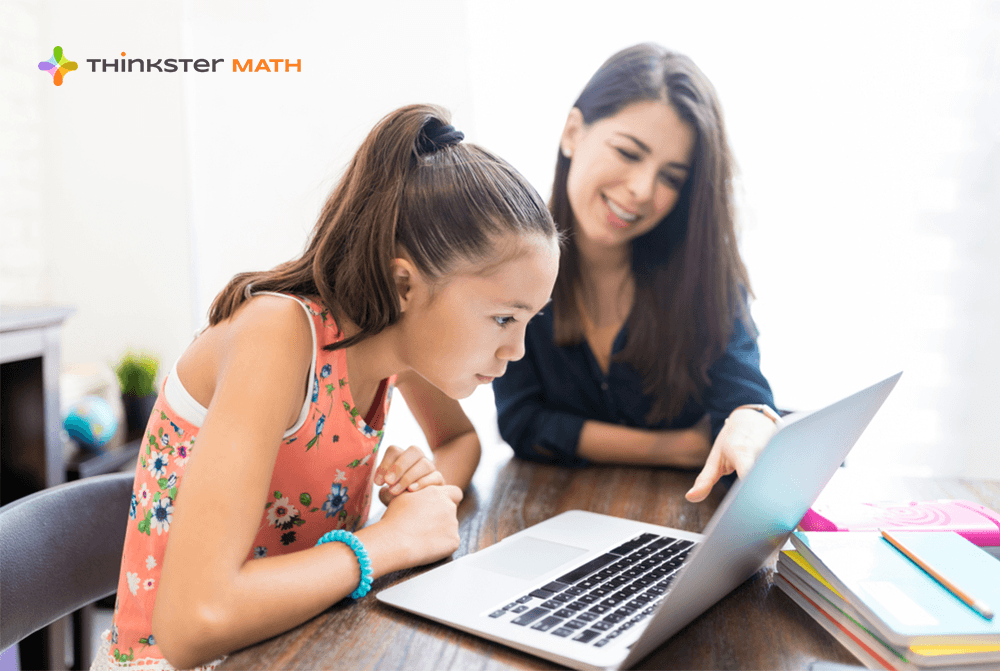