Making Sleep A Priority: How to Turn Sleep Into a Habit 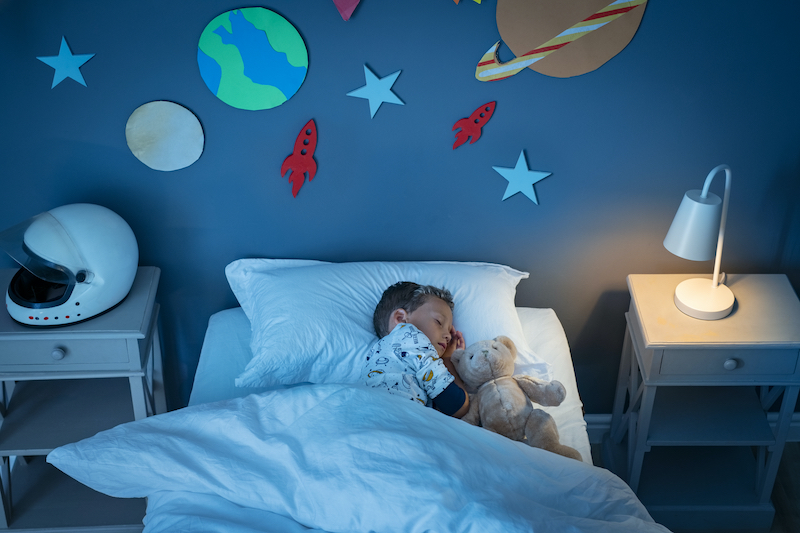 As we continue to talk about healthy habits, it may seem silly that we’ve added sleep to the list. You probably already feel like sleep is just a regular part of your day, no matter how much or how little you get. How can something that you do every night be a habit? Well, let’s find out.

We’ve learned from Single Care that in 2021, “between 40% and 70% of older [American] adults have chronic sleep problems, half of which are undiagnosed,” and “37% of [American] adults between the ages of 20 and 39 report short sleep duration.”

Even worse, poor sleep patterns are now affecting our children too. A study performed on American children in 2014 found that:

So, what’s wrong with our lifestyles that most of us are having difficulty getting that recommended eight hours of sleep? Turns out there are plenty of contributing factors. Luckily, there are some ways you can combat them, and we’re here to talk about how to turn getting enough sleep—both for you and your children—into a habit that will last, and one that can drastically improve your quality of life.

The Science Behind Why We Sleep

The sad truth is that scientists are still struggling to figure out the exact reason that we need to sleep, and why we need to sleep so much. There are many theories about why everyone, including animals, need sleep, and the major ones are covered by Healthy Sleep, provided by Harvard. Whether our need to sleep goes back to evolution and survival during the vulnerable dark hours of the night, or if it’s because of brain plasticity, the fact remains that sleep is essential.

Though the exact reason still isn’t known, there have still been plenty of studies performed on sleep. During the hours you spend sleeping, scientists have found that organs repair themselves, your immune system works harder, and your brain’s neurological connections are strengthened. This might be hard to explain to your child who is throwing a tantrum about going to bed, so try this kid-friendly version of sleep explained to help them understand why sleep is so important.

Understanding why we sleep in the first place can help both you and your kids place a little more importance on sleep. Read on to see the many benefits of sleeping enough, and getting the right kind of sleep.

Why Getting Enough Sleep is So Important

Sleep is critical for our daily functionality. Without it, we can become extremely irritable, have much lower energy and ability to focus, our memory is impaired, and even our bodies can shut down if not given enough REM sleep.

For your growing children, sleep is even more important, and is the main reason that they tend to sleep so much during their infant years. The predominant theory behind their need to sleep more than adults is that their brains are still forming, growing, and building connections, and much of that process takes place during sleep.

From NCBI, we learn that, “…sleep is necessary for neural reorganization and growth of the brain’s structure and function. It is clear that sleep plays a role in the development of the brain in infants and children and explains why infants must sleep upwards of 14 hours per day.”

If this is true, children who aren’t getting enough sleep throughout their childhood are likely struggling in school and often find themselves being extra irritable or sluggish. For adults, fewer hours are needed each night, but the thing to focus on is the type of sleep we’re getting.

There’s a difference between rest, NREM sleep, and REM sleep, the last one being the most important for brain repair and memory. We cycle through these stages of sleep several times throughout the night, and each may play a role in our brain’s processing.

Without REM sleep, you might find yourself feeling groggy and slower to process information the following day. Without NREM sleep, you might not remember the things you learned the day before as well. This is especially important for children who are still developing their brains, and who have tests and school each day.

If sleep is so important, then why aren’t enough of us focusing on it?

What’s Getting In the Way of Our Sleep?

Jokes aside, the biggest change in modern society that’s led to a loss of healthy sleep is screen time. They’re everywhere, and we’ve become dependent on them. If you’ve ever spent an hour or two in bed, but playing on your phone or watching your tablet instead of trying to sleep, then you might be doing something called ‘revenge bedtime procrastination.’

Additionally, because more and more adults are suffering from sleep deprivation, many of us are turning to drugs and sleep aids to force ourselves to sleep. However, Nora Volkow, the Director of the National Institute on Drug Abuse, talks about the negative effects of drugs used for sleep, in conjunction with how the brain functions on sleep deprivation.

Have we scared you enough yet? Hopefully not, but let’s learn how to turn sleep into a habit for your whole family.

How to Turn Sleep Into a Habit

Hopefully we’ve convinced you that sleep as a habit is just as important as eating healthy, exercising, and reading daily. And if it’s so important, then it’s time to put in the work to make it as habitual as the rest of your day. That means creating a routine and sticking to it, for both you and your kids. They won’t feel motivated to do it without you, and you’ll thank them for holding you accountable.

Once your sleep pattern begins to feel like a habit, pay close attention to how you feel in the following weeks. You might find that you have more energy, motivation, are cheerier, and can remember things better!

Check in with your kids as well. They might not have as drastically noticeable changes as you, but you can ask them how they’re feeling about school, reading, and how their energy levels have improved. Good luck, and let’s get started!

Determine How Much Sleep You Really Need

At the onset of the industrial revolution, theories on sleep began to change. Did you know that, before then, many people slept in two parts? It’s called ‘ biphasic sleep’ or ‘segmented sleep’, and it’s the concept of sleeping for a few hours when the sun sets, waking for a few to work or relax in the middle of the night, then returning to sleep for a few more.

WebMD talks about segmented sleep and how it might be making a reappearance in modern times. Check it out, and carefully consider if it’s something you personally would like to try. With how modern society is run, segmented sleep may not be in the cards, but it’s helpful to understand that sleeping for eight hours a night wasn’t always the standard.

That’s right, there are no hard and fast rules for when you should sleep or how much. Some adults’ schedules simply do not allow for a full eight hours each night, and some people may feel that they don’t even need that much to function like normal. Recent studies have shown that a solid eight hours is no longer the only template for correct sleep, and you may need more or less than that, depending on your lifestyle.

Read up on sleep, then study your own life. Do you feel better when you’ve had closer to nine hours? Do you feel better when you’re able to get in an afternoon nap? What about waking up at a consistent time or going to sleep at the same time each night? Consider all the factors that go into your sleep and determine what will be best for you personally, then apply that to your family as well.

Kids do not have the same luxury of being able to sleep only seven hours and still have a mostly productive day. Children between the ages of five and seventeen need to be getting upwards of nine hours each night for optimal brain development, body repair, and memory functionality. Getting enough sleep should be an even bigger priority for your kids, so you should try to figure out a routine for them as soon as possible.

Set Up a Sleep Routine

This is probably the hardest part. Life is constantly getting in the way of following a routine. However, now we know how important sleep is, so it’s time to get to work.

The best routine is going to be waking up and going to bed at a consistent time. Whatever that time may be, you need to stick to it. Even on the weekends.

Pair your bed time with a set routine, such as bathing, reading for a half hour, or even a simple yoga flow to Pavlov your brain into knowing it’s time for sleep. Doing this routine with your children will help solidify that it’s bedtime as well, which can help everyone’s brains relax enough to settle into sleep.

Waking up is probably going to be even harder. No one wants to get out of their soft bed in the morning, and your kids probably hate getting ready for school. However, using an alarm without snoozing, setting your coffee maker to sync with your wakeup time, and using any of the following tricks will help you get out of bed and then you can help your kids.

Look at your sleep schedule with real intention, and do what it takes to make it a routine! You can do this!

As we’ve already mentioned, screens are a huge no-no when it comes to bed time. That includes tablets, phones, TVs, and laptops. The blue light in our screens messes with our circadian rhythm, and the way our brains interact with the information on the screen is not conducive to sleep.

Some awesome alternatives to staring at your phone in bed for twenty minutes before sleep include:

Incorporate any of these items into your bedtime routine with your family, and don’t waver from them. This is all part of training your brain to understand that it’s time for sleep, and nothing else.

Now that you’ve got your routine set, it’s time to stick to it, no excuses. Sleep is so important, and it’s not something you can really be relaxed about. While of course you’ll have slip up days, and times when you simply cannot stick to your routine, it’s important to always remind yourself to get back to it, no matter how many days you’ve missed.

Help your children understand the importance of sleep, and ask them to be as involved in your new routine as possible. More than just asking them to hold you accountable, ask them what their preferences are and then check in with each other to see how they’re working. Make the time directly before and after sleeping something you do together, and make sure they know that you are not exempt from the rules you’re asking them to follow.

Other than that, it’s up to you! Good luck, and happy sleeping! 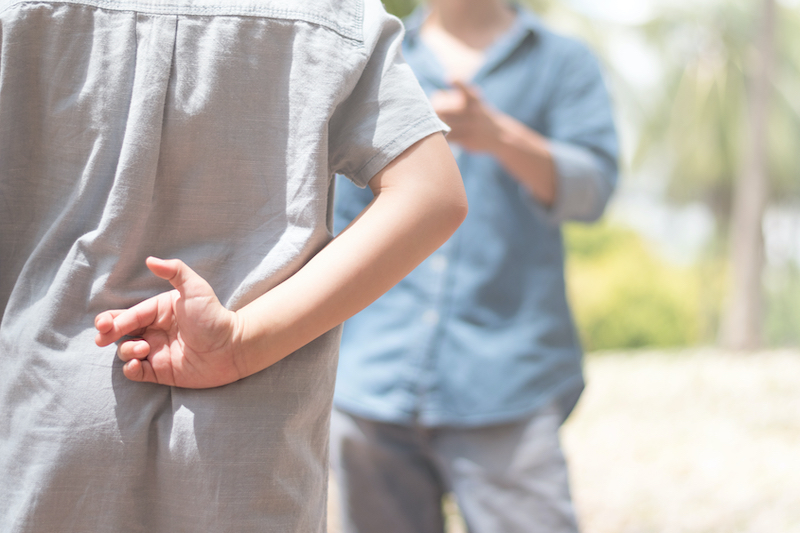 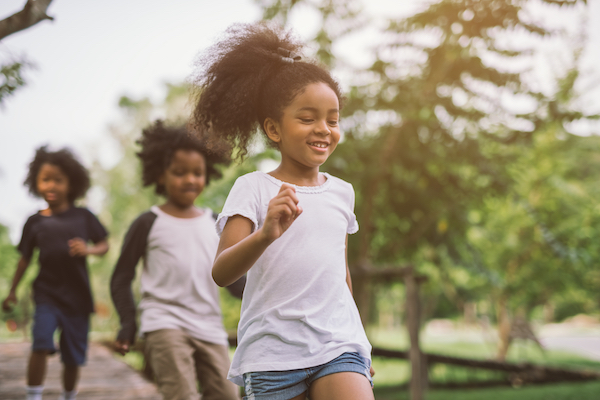 How to Make Exercising a Habit for You and Your Kids 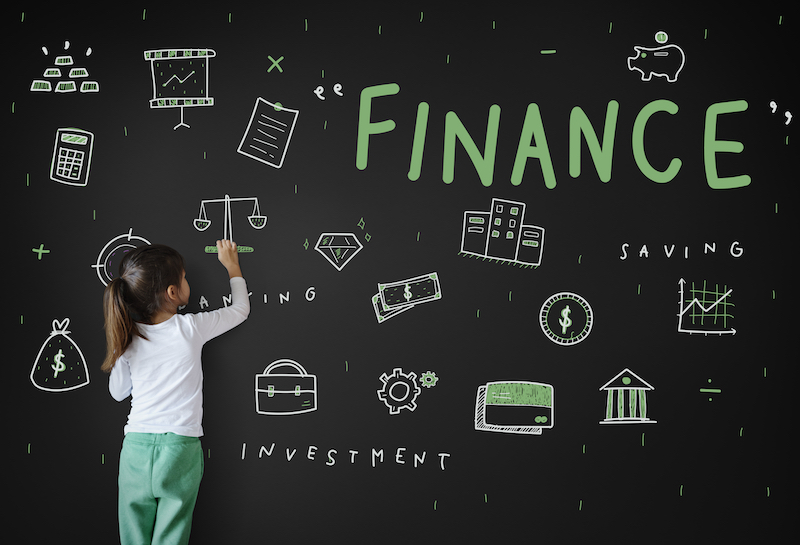